This blog contains tutorials for Photoshop CC 2019+. A working knowledge of the program is necessary to achieve the desired results from the tutorials presented here.
Save OFTEN!

This post is going to be a hard one. I don’t pour out feelings very often.

Those of you that don’t know, I am an graphite artist by “trade.” There was about a year that I was streaming. I have been wanting to get back into it, but our internet is absolutely shit right now.

Anyway… one of my viewers, Tonya Vertein (PinkyT as she was known by most) passed away suddenly a few days ago.

Some of you may not know this, but I have VERY few people I actually talk to. There have been people who have come and gone as if I was really only a flit in their lives. And that is ok. I am not the easiest person to keep as a friend. I am flaky, scatterbrained, and I can’t keep focused on anything or anyone. But she got that and knew exactly when I needed her.

She NEVER missed a stream.

Even if NO ONE else was there, I could count on her to show up. It didn’t matter what she had going on, she never missed a stream. We would chat about everything! Except art… even though I was streaming while drawing, we never really talked about what I was doing. Sometimes it got very personal haha! I wouldn’t have had it any other way. There were a few other people, too, who would join in the fun. Kelly and Ashley were pretty regular, too! (For the record, and before it’s too late, I want both of you to know that you mean JUST as much to me, so if I have never said that, I am saying it now.)

When I had my Patreon account, Tonya was there from day one until I closed it. She supported me, no matter what. Even when I took a break and said I couldn’t ship anything, she was there. Her support was MASSIVE to me.

I have known her a few years, but it was like we had known each other our whole lives. She kind of lived in my Facebook inbox. We would talk about everything.

Even shit talked a few people while we were at it!

She was very sensitive and very self-aware, as well as extremely self-conscious. Her sense of humor had a bit of a deep, soulful sadness, but she always kept things joyful and smiled through everything. And if she wasn’t smiling, she would still make sure you were.

We got to know each other in the tagging community. since this is my “day job.” She was part of my team and kept me focused on doing what I needed to do, even when I was ready to quit. There was no way she was going to let me step down.

When I got the news of her passing, I refused to accept it. It was a couple of days before I could really process her being gone. Then… the tears came. And I couldn’t stop them. For a solid 2 days, I did nothing but cry. I have NEVER done that. Never. But I couldn’t help it.

After that… it had been about 4 days since I had heard the news… I was ready to quit my job. She was the one who made sure I wouldn’t leave. I felt like I couldn’t be there anymore without her and put in my resignation, even, and sent news to my team that I was closing shop.

It may have been a bit of a rash decision, but I was determined…

Two of my team very eloquently talked me out of it, though. They made me realize that if I quit now, it would be a blow against her memory. I can’t be having all that. So I retracted my resignation. Of course, my boss-lady was quite relieved haha! I wasn’t expecting other people to actually have my back like she did.

I have a very small circle of close friends. And I cherish all of you! Quality over quantity, right!

You guys really helped me through this. Kelly, Ashley, Gail, Stu, and Minja. I don’t think I could have come back out of this without you. Seriously, I appreciate you in my life!

I just hope she knew how I felt before it was too late.

She had a LOT of friends. A lot. So many people inside and outside of the tagging community were greatly impacted by her mere presence. You can scroll through her Facebook and see just how many people loved her. She was always that shoulder. To everyone. It didn’t matter what your background was, where you came from, the things you did in your past. None of that mattered to her.

I may have not been her best friend, but she was mine. There will never be a person to fill her shoes. Nor should they. 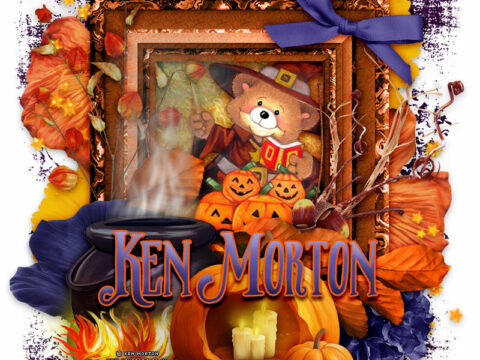 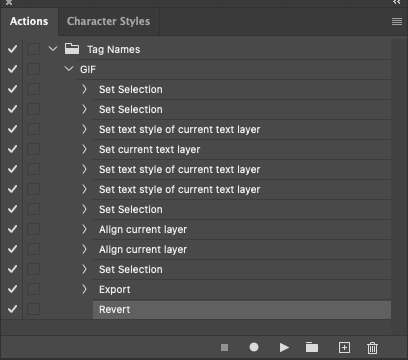 ATTENTION! This tutorial has been edited. Please, if you guys notice anything that you aren't able to achieve in a tutorial, let me know and I will look into it. Photoshop is SO MUCH more complex than PSP, so sometimes I have to edit a tutorial when I get more information 🙂 ... See MoreSee Less

How to do "Name Scripting" in Photoshop. You have to write your own action, though! It is long. It is tedious. But it is worth it.
View on Facebook
· Share

Package 15 added to the Masks page! These are made from various floral photos I have taken over the years. Roses are good with all kinds of tags!tutorials.renekunertart.com/masks/ ... See MoreSee Less
View on Facebook
· Share

DO NOT claim them as your own. You can use them in tutorials, tags, timelines, websites, whatever. Be sure to...
View on Facebook
· Share

Time for me to get all mushy LOLI just want to give a little thank you to everyone who has supported me over the past year-ish. There have been a couple of times when I wanted to just quit. There was a moment just about a month ago when I was turning in my resignation. I really wasn't in a good place. But being supported by all of you guys really helps! You put me back on track. It really has shown me that I actually do belong here. I don't talk a whole lot. I don't socialize much in the community... I don't even really follow along with a lot of the "current drama" in the scene. Hell, I don't even know any of the new stores haha!But... if I have learned one thing the past month: no matter what's going on, the taggers and designers really do have each other's backs. And you have NO idea how much I appreciate that right now.And to thank you all for being so amazing, I have a little gift.tutorials.renekunertart.com/ScrapAoRK_ThankYou/There is MUUUUUCH more to this kit than what you see in this preview. So, give it a little time for downloading, especially on slower connections. If you have trouble downloading, please let me know and I will upload it in an alternative location.And remember... René looks great on tags ;) Thank you all for ... just being you. ... See MoreSee Less

All tutorials on this site are the writing of René Kunert. Artwork and materials are copyright to their respective creators. Please click all of the links to see the different artists and designers. Any likeness to other tutorials and/or tags is purely coincidental.